This Is: Hunter Blair Ambrose 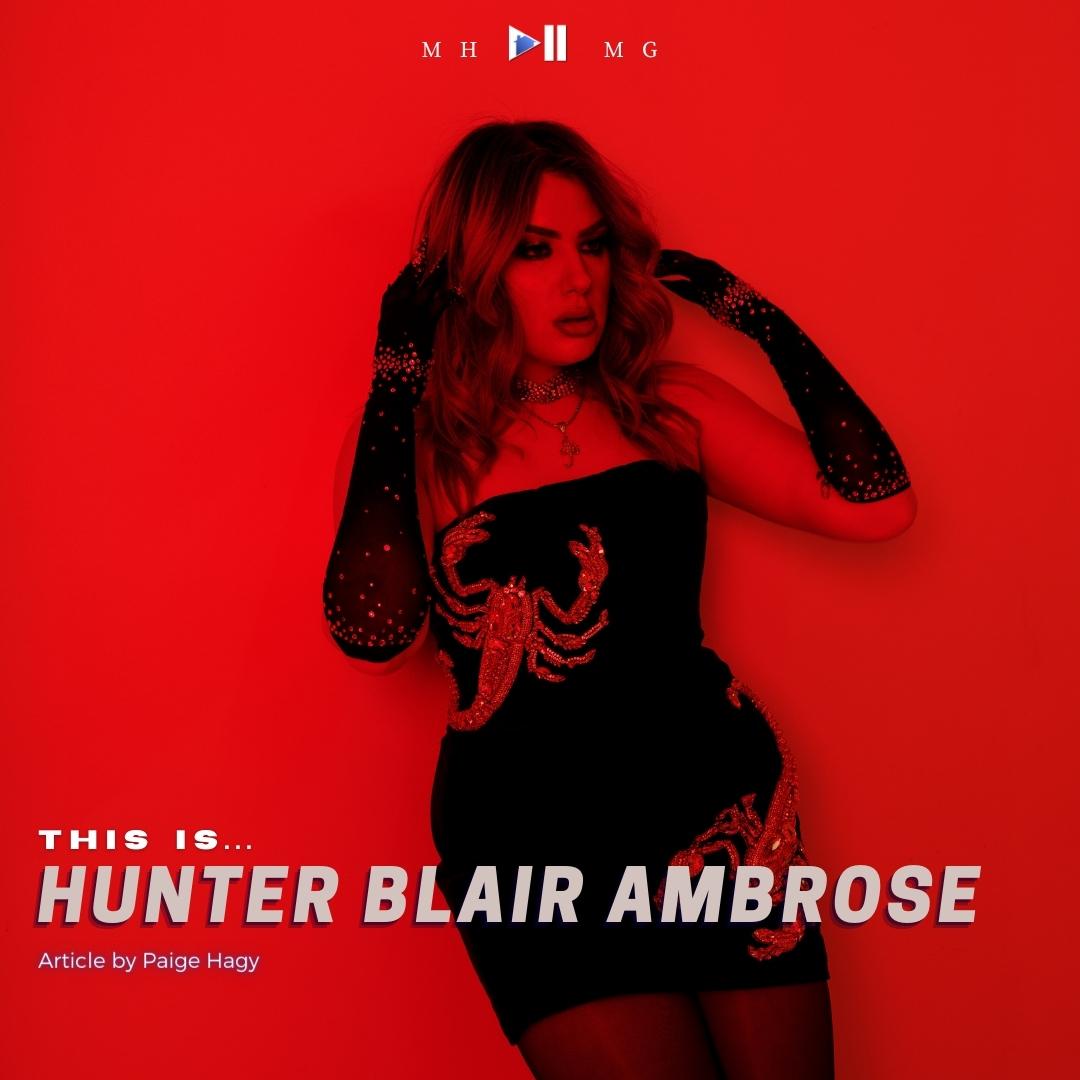 Hunter Blair Ambrose, 26, is a pop and R&B singer-songwriter and recording artist based in New York City. Her first album, Scorpio Season, dropped in November of 2021, which she is currently promoting.

Born and raised in New York, Hunter has been singing and playing piano since she was a child. Her professional career began as a songwriter and session vocalist in California a year before attending Berklee College of Music in Boston. After three years of school, she left to assemble a core team of personnel that make up most of her team today. She has been in the industry in varying capacities for about 10 years.

Hunter takes inspiration from a variety of artists and genres. Growing up, she listened to everyone ranging from Michael Jackson, Britney Spears and Madonna to Gwen Stefani, David Bowie, the Rolling Stones and Ariana Grande.

Her biggest inspiration is Lady Gaga, who she has drawn from in terms of vocal style, songwriting and performance. Her album Scorpio Season was specifically inspired by Gaga as well as the Weeknd’s album After Hours.

Scorpio Season was in the works for 3-4 years before its release. The album is a chronological retelling of Hunter’s old relationship, and the title is a reference to when they met: on his birthday in November during scorpio season.

“November” is her most successful song, with over 73,000 plays on Spotify. When writing the song, Hunter interpreted a melody from Lady Gaga’s song “Alejandro,” which caused it to circulate around Gaga’s fanbase. As a result, there is a notable cross-over between listeners of Gaga and listeners of Hunter.

In the next 10 years, Hunter hopes to have released 4-5 albums and participate in the festival scene. More ambitiously, she hopes to win a Grammy as well as act in a major Hollywood film. Her other great passion is acting, having performed for independent films in her late teens and 20s and recently starred in the lead role of the off-Broadway production Fearless.

Hunter insists that practice makes perfect. She encourages emerging artists to take every opportunity to hone their craft.

She said, “As someone who came from an educational music background, I think the most invaluable thing that made me grow as an artist was just getting out there and doing it.”