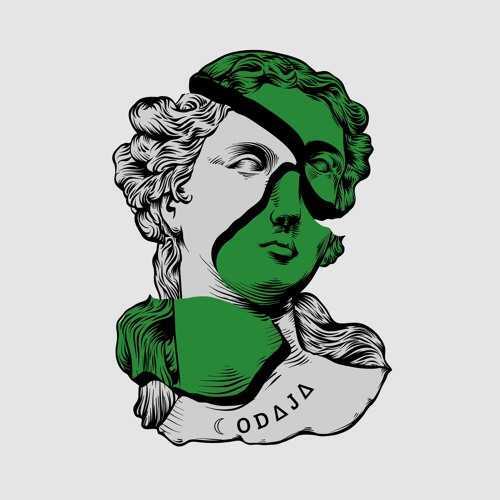 Constantly evolving, the amorphous nature of music is a driving force in its seductive power. Genre terms are developed and employed to describe trends in music, but all too often they can be rather insufficient; nowhere is this more prevalent than in lofi hip-hop and phonk. These pull from a diverse range of influences, styles, and methodologies which create everything from super smooth jams to creative mutant vibe-outs that defy all expectations. Rising up from this world comes C O D Δ J Δ – a producer who has a keen ear for production and sound, a creative style of vocal chopping that is as unique as it is unmatched, and an ability to instantly set the most addictive vibes you’ve ever heard.

“My producer name stems from me pulling the first two letters from my names,” explains Connor David Jaynes, aka C O D Δ J Δ. “I grew up in a very musical house. There was always a guitar, a bass, and a piano in my home. I took piano lessons throughout elementary and middle school, my father taught me to play the guitar from a young age and I played in my high school jazz band, which also inspired my love for jazz instruments.”

“They were huge fans of Chicago, Electric Light Orchestra, as well as grunge and classic rock. My father has been a singer for most of his life traveling around the world as the frontman of an AC/DC cover band. He was actually in line to take Brian Johnson’s spot, but they went with Slash because he had more name recognition than my father.”

All this exposure to music left an indelible impression on the artist, leading him to explore not only the foundations of music but its unexplored corners as well. “While I may not always play my instruments in my music, having that background and an understanding of music theory makes it really fun to create a soundscape,” he explains. “I never took lessons for the bass, but if you understand the fundamentals of the guitar, it’s easier to pull the vibes out of the bass; plus for the past 9 months, I’ve spent anywhere from 6-18 hours every day setting up beats and sample splicing.”

As with every artist, his surroundings also played a significant factor in his development. “Being from Atlanta Georgia the hip-hop/trap scene is very dominating down here, so when I would make beats in high school with my friends it was always mimicking the sounds of future, Gucci Mane, 2 Chainz, etc,” the producer reveals. “This was really good practice for setting up drum lines. But I was always disappointed with the hi hats. All too often producers big and small typically use 1 hi hat in a track, and I find that really boring and lackluster. You can create so many sub-melodies with hi-hats and percussion notes. I HAD to adopt this into my music!”

“Another staple of my music is definitely the vocal chopping. While chopped and screwed is definitely nothing new, I pulled my inspiration from an unexpected source; Memphis phonk. In most phonk genres, the vocals are distorted and use a lot of compression where you can’t understand the lyrics anymore, the vocals are seen as just another instrument. Detaching the meaning from the words and just using them as another instrument has opened a lot of melodic doors for me.”

The layers keep building and intertwining, as his passion for blending disparate genres into a cohesive whole has snowballed across the years. “I love the limitless possibilities of electronic/edm music as well,” says Jaynes. “There are so many subgenres in that category that all take so much time and precision, I can’t help but be drawn to it. The works of: Odezsa, Griz, Aphex Twin, Of The Trees; these can take me to a place no other music can. But Lofi music has a special place in my heart because I’ve listened to it for over 10 years now. Studying, break-ups, make-ups, car rides, days at the park….it was always with me. Each new memory I made had some connection to whatever song I was fixated on that week.”

His tribute to the legendary anime Berserk in “It Takes Guts” showcases his knack for fusing electronic music and lofi hip hop together. The dreamy surrealism of the song cascades over you in endless waves, much like what is often used in everything from blissed out house breakdowns to edm pop songs. While intricate drum work reminiscent of trap as well as dubstep music dominates the landscape, there is still a hip hop feel at its core which truly demonstrates ingenious blending of genres.

“This has led me to try my best to make music for people to have that same connection I had to my favorite lofi songs,” he relates. “I especially like this genre because, inversely from electronic/edm, you can really appreciate each element of the track in a “less is more” mindset. Thus, a primary goal of my music is to combine these two worlds. The bright happy ethereal soundscapes made from synths meets the laid back, welcoming sounds of lofi. All in all, I’m combining vintage funk and soul samples wrapped in an ethereal layer of synthetic and organic instruments, tied together by glitchy boom bap and vocal chops using FL studio and an Akai pro MPK Mini.”

This is clearly evident in “Bath House Bump” and “Morning Light” –  two lofi gems that get better with each listen. In “Bath House Bump,” a hard bouncy beat backed by a rapid fire flow fuses effortlessly with blissful strings and an addictive motif – it perfectly evokes the emotions and freedom of cruising around with friends on a summer even with nothing to do but enjoy each other’s friendship. “Morning Light” is an exquisite foray into pure emotive bliss, with each element blending together in such perfect unison that provides a surging momentum; the song slowly builds a crescendo of surging emotion from there that lifts your heart straight into the sky. The release of the drop is such a thing of pure beauty, and something someone with a true diverse appreciation for music could pull off.

The quality and frequency of his output boggles the mind, especially considering the emotive textures contained in every last one. Despite this, there are some standout moments that still stay with him to this day. “Honorable mentions go to my tracks “Maternal” and “Paternal” because I made them for my mom and dad,” he states. “I pulled childlike nostalgia out of the samples I chose on “Maternal” and tried to make it a mostly feminine vibe; while on “Paternal,” I tried to make more of an elegant one featuring a strong structure – both of the tracks really resemble how I view each of my parents.”

“”Synesthesia” as well, because I blended a lot of different vibes and sounds to kind of emulate the turmoil of the highs and lows in my life so far. “Wilt/Bloom” is another because I composed it in a place where I was experiencing grief, as there’s time stamps in the description about what parts of the track relate to the stages of grief I experienced.”

The hard work and dedication is really paying off, as everyone big and small comes to know and fall for his music with no hesitation at all. “My favorite achievement so far has been being noticed and recognized for my talents by artists and channels I’ve listened to for years: Futurebass Network, Ryan Celsius, Ravenscoon, MOTAT, Bucket, Stizzzyyy. These names might not be the biggest on the platform, but getting acknowledged by my personal favorite artists has been a wild dream come true.”

“I have released all of my music on SoundCloud,” notes Jaynes. “An EP of my best works will be hitting Apple Music and Spotify this fall! No date is set in stone but most likely in November or December 2022. However, In 2023 I will be slowing down my releases from every Wednesday and Saturday, and just release albums and EPs to all platforms. The biggest news of late is my upcoming release with Yung Tavo entitled Momentum, set to release through Ryan Celsius Sounds later this month!”

The future is bright for C O D Δ J Δ, turning heads left and right with his rich dynamics and ability to set a vibe within a mere five seconds of beats and melodies. This is an artist with a fresh and vibrant sound that will truly open your mind to what is possible in music. What are you waiting for? Dive in already!