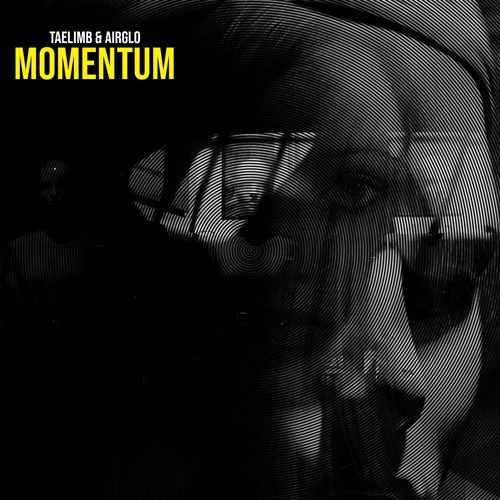 Two serious heavyweights of drum and bass, Taelimb and Airglo, have come together to give us an EP of epic proportions: the Momentum EP on Rebel Music. Both these artists and the label are well known for their face-melting sound design and love of thick choppy drums. Taelimb has a unique way of blending this with a deep and intricate style of sub design that gives him his signature techy sound, always finding new undiscovered sounds in the studio. Airglo is a constant explorer, always evolving and applying his melodic knowledge to new methods of production and songwriting.

The story of how they began collaborating showcases the mysterious way music brings us all together. “Chief Jesta had invited me to play at The Momentum show and it was at Airglo’s warehouse,” recalls Taelimb. “They invited me to do a collab while out there, but I had been traveling all over California and got there way too late and it took forever to find an AirBnb.”

“During the pandemic, we were constantly messaging saying we should collab,” explains Airglo. “Taelimb then told me to send him what I had, which was a ton of stuff. We began exploring what we wanted to do and all these tracks started piling up. So we decided, Let’s do an EP.”

One of the most intriguing aspects to this release is the way it showcases a true union of UK and LA DnB styles. It is apparent these two spent countless hours pouring their passion into creating something that achieved this, and it is a phenomenal success. Each track is a world of sound to explore, each with its own journey that is rewarding upon every listen.

“Pandemic” opens the release with the clack of a hi-hat and a dark foreboding atmosphere that step the tension to a fever pitch. With a fuzzy synth motif providing the perfect counterpoint, the rumble of the drop ceaselessly rises until it collides with the huge breaks that comprise the drop. The choppy breaks and twisting layers of bass growls take you on a dark and intense journey through rolling rhythms and sudden dynamic shifts that’ll make your head spin.

“At times it can be difficult to collab with people,” reveals Taelimb.” And I think Airglo is on the musical side of things whereas I’m the opposite direction, and the two styles fuse together quite easily. It went back and forth rather easily, and all the tracks came together pretty easily.”

“I found it interesting to hear not my drops on my music, and hearing all the different ways things could go together,” says Airglo. “It’s a really great way to get a fresh look at all the things you’ve been doing for some time. It was great to get a second set of ears on the music itself as well as a second opinion from a fellow musician.”

Breaking out the jungle chops, “Momentum” is an intricately crafted tune that throws you around like a rag doll. Lulling you into a false sense of security with reverb-soaked vocals, the crash of the drums and roar of the sub shake you to the core. Every layer is thick and chunky, creating a murky vibe that perfectly suits its hypnotic angular structure.

“The idea that American Dnb has a kind of momentum going on right now, and it’s a cool idea to have it transition between the American side and the UK side come together” Airglo elaborates. “I have been trying lately to make more tracks along this line, and our livestream that just come really helps bridge that gap as well. It’s a great way to show everyone America has a scene going on even though its small right now.”

“I’ve been working closely with Ben and Rebel Music for about two years now,” adds Taelimb. “The way he runs the labels and pushes things, I knew if I was going to get anyone involved in bridging this gap between the scene in LA and the UK the he was the right person to have involved on this project.”

Static and a longing piano melody start off “ICU,” drifting off until only the bass of the piano remains and fuses with the grinding FX motif. Launching into a massive driving force of nature, the song takes no prisoners with its relentless shuffle and overwhelming sub. This one is a prime example of the genius inherent in this collaboration, masterfully combing the dark and heavy side of drum and bass with the soulful melodic depths the genre has.

“When Airglo would send me something, it’s always good because the way he approaches things are so different from the way I do them,” explains Taelimb. “So, I’ll hear it and it will sound so fresh and I’ll get excited, and then send something back in the way that I do. I found Satisfaction especially interesting because it has a proper rock vocal but we made a drum and bass track out of it, and I’ve never heard anything like that before.”

With this passion to explore every permutation of sound, these two producers bring out the weapon called “Satisfaction.” Featuring rock inspired vocals replete with scream singing, they fuse it seamlessly with a groove-heavy beat that further enriches the tension between the smooth and angular aspects of the track. The balance they achieve between anxious energy and steady vibes is irresistible, making this a true forward thinking track the likes of which haven’t been seen before.

Rebel Music founder Ben Green himself can testify to the music the second he heard it: “For me, I love this EP. The moment I heard all four tracks together, it was a done deal. Some EP’s you sign and hold a couple of tunes and work towards the full EP. But this one was the package, done and ready. And Satisfaction puts that extra little swing on it, it’s a bit groundbreaking. Hearing what Airglo and Taelimb do together, the merge between the melodic side and the more industrial side of the music is a killer combo and creates a wider palette for the audience.”

It’s a top-tier release full of weighty vibes and left field explorations of sound that will change what you thought was possible in music. Out now on Beatport, this is an EP you do not want to sleep on for any reason. Cop yours today!!